Simple syrup is flavored with rosemary, maple syrup and cinnamon and combined with bourbon and bitters for this festive winter old fashioned cocktail. Perfect for any bourbon or whiskey lover who wants a winter spiced twist to a classic old fashioned.

Bourbon is my favorite liquor and I'm well acquainted with an old fashioned. It's an easy recipe and if you have a stocked liquor cabinet, you likely have all the ingredients.

The old fashioned is a fairly simple cocktail created in the 19th century. It's four simple ingredients: water, sugar, bitters and bourbon or whiskey. It's a stirred, not shaken cocktail.

To make a traditional old fashioned, dissolve about ½ teaspoon of sugar in a teaspoon of water in a rocks glass. Add a couple dashes of Angostura bitters and then a couple ounces of bourbon and stir to combine. Add ice and continue stirring to melt the ice slightly.

An old fashioned is typically garnished with a slice of orange peel and a cherry.

Ingredients for a winter spiced cocktail

To give a traditional old fashioned a bit of winter flavor, we start with an easy simple syrup. Bitters and bourbon round out the cocktail. Here's the ingredients you'll need:

How to serve and garnish

I garnished the cocktail with a sprig of rosemary and a cinnamon stick. Obviously, both of these are not edible garnishes but do make the drink look pretty.

For more drink recipes, check out:

Tag me on Instagram @themarblekitchenblog if you make this and leave a star rating and comment below! Thanks and enjoy! 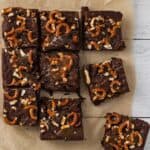 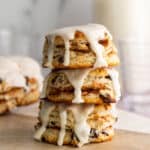 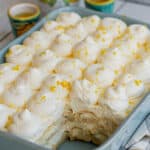